The Secondary students have been working collaboratively to complete all the props that will be used in the upcoming winter concert. They practiced problem solving and thinking skills while finding ways to correct functionality errors in current designs and making props look aesthetically pleasing.

The students have been introduced to a variety of new equipment in the classroom and will now be learning how to safely use them. As seen in the photos, students are using printing cameras to document their learning as a class.

This week marks the end of Year 10's literature analysis of George Orwell's dystopian novel, '1984'. Students have worked brilliantly, as a group and independently, throughout their study of this challenging novel, its themes and genre conventions.

In Year 8, students have been diving into 'Poetry from Other Cultures'. This module is essential for the growth of empathy and appreciation of cultural differences and the course focusses most prominently upon the exploration of identity.

Orwell presents chapter 10 as the climax of 1984; it is a turning point for Winston and Julia’s life and foreshadows their loss of humanity.

The paperweight that was described by Orwell as an over-determined symbol is perhaps one of the reasons chapter 10 is the climax of 1984. Within the chapter, the Thought Police ‘smashed’ the paperweight and Winston realized how ‘small it always was’. The paperweight was previously seen as a motif for the truth of the past and his relationship with Julia, which symbolized how Winston regained his humanity. However, now that the paperweight has turned into shattered glasses, Winston understands how futile his efforts to overthrow the Party were as the paperweight has always been ‘small’, implying the truth and the relationship will disappear forever. The fact that the paperweight was ‘smashed’ could also foreshadow that Winston’s fate; he will be tortured by Inner party members for a long time and possibly confess to crimes he never committed, therefore losing his individuality and freedom. Orwell was perhaps communicating with the readers totalitarian rulers will always be more powerful than the people; Winston was over-confident that by gathering the proles and intelligent people such as O’Brien and Julia, he can finally start a movement to overthrow the Party and outsmart them, but his philosophies were never going to succeed nor accomplish in any way.

The moment the voice recalled the last two lines of the nursery rhyme, revealing a telescreen behind the frame of St Clements' cathedral could also be one of the reasons Orwell use Chapter 10 as the climax. When the voice quoted a chopper was going to ‘chop off your head’, this indicates Winston and Julia’s relationship is already over; no one has been able to recall the last two lines of the nursery rhyme until the voice said it. The last two lines of the nursery rhyme have always been subconsciously within Winston’s mind but he was never able to recall the exact words. With the nursery rhyme completed, it symbolized the end of Winston and Julia’s relationship. When the voice told Winston and Julia ‘you are the dead’ is not indicative that they will die, but foreshadows the death of their freedom and rebellious acts and indicating total control through mass surveillance. The telescreen which was hidden behind the frame of the cathedral communicates with modern readers on how the Party intends to destroy anything pure; a church should represent sanctity and sanctuary and a place where people’s most innermost thoughts and feelings can be expressed. The Party, on the other hand, wants to get rid of any religious practices and ensure their citizens’ fates are in complete control of them.

When Charrington was revealed as the part of the Thought Police could also be argued as the climax of 1984. As soon as Winston sees Charrington he was a completely different person; he seemed to have 'grown bigger' and 'body straightened.' Orwell’s use of physiognomic characterization on Charrington indicates he possesses two identities and the fact that he’s part of the Thought Police means he is part of Big Brother, who also has two identities; he can be a caring, kind individual in the family but could also be mean and power-hungry. This perhaps also conveys the theme of class struggles; In the beginning, Charrington was just a shopkeeper and was an old man who seemingly looked weak, he represented the working class, who are always being abused by the Outer and Inner Party. Charrington changing his identity completely made him more dominant and aggressive, thus having the ability to have control of Winston and Julia’s fates. This further demonstrates the power of the Party and how they will always be able to trick anyone who thinks they can get away with committing rebellious acts. This is perhaps related to Gestapo, the German secret police in Nazi Germany, whose goals were to investigate and combat all criminal attacks against the Nazi Party. The political criminals would be sent to concentration camps and be tortured, foreshadowing Winston’s fate.

Therefore, Orwell explores Chapter 10 as the climax of 1984 through motifs and themes and the turning point in Winston and Julia's lives. 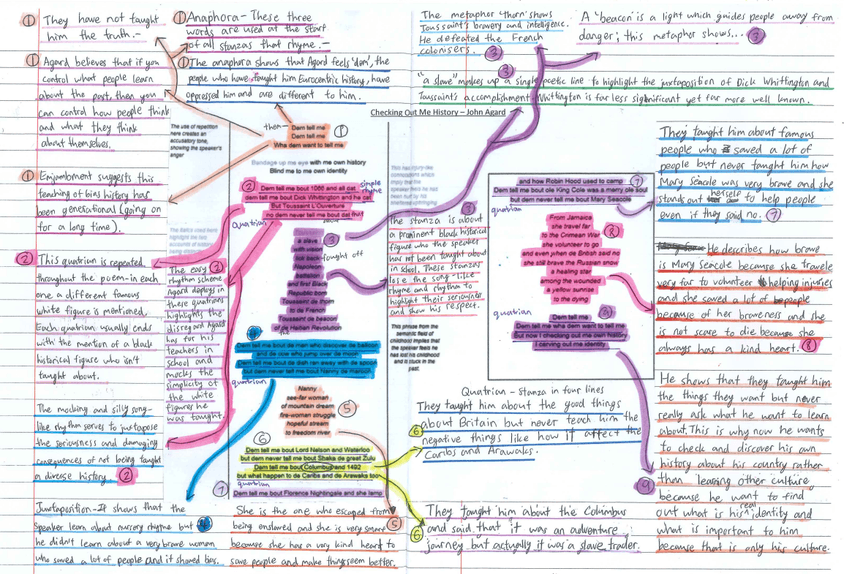